SYNESIS Portable, based on a rugged mobile platform, provides lossless Ethernet packet capture for 1G/10G/100G Ethernet interfaces with sustained rates of up to 100Gbps.

Video: SYNESIS and the importance of capturing 100 percent of all data frames

Video: Watch SYNESIS capturing at 100Gbps with no packet loss! 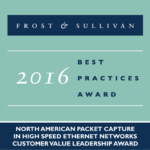 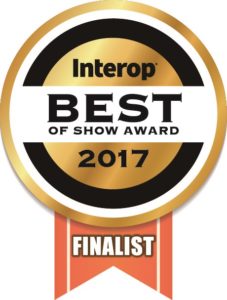 SYNESIS guarantees high performance capture regardless of packet size – whether short or long packets. Using disk optimization, SYNESIS captures at a higher capture speed than existing packet analyzers and in a more compact package. The result for our valued customers is a cost effective packet analyzer.

HOW THE APPLICATION WORKS

SYNESIS will detect occurrences of microbursts against user defined threshold values during capture sessions. Related packets may be saved to trace files for more detailed analysis.

SYNESIS incorporates the Application Aware Network Performance Method (AANPM) which can greatly reduce the time to detect and extract the target packet by saving a higher volume of information than current packet analyzers. This includes saving indexing information such as the IP address and ports concurrently during packet capture.

NEMs, System Integrators, and Service Providers are constantly faced with the lack of useful data for equipment problems at customer sites.  Typical troubleshooting configuration data often have to be augmented by Wireshark PCAP files captured at the time of failure.   The challenge is the lack of having complete continuous and reliable PCAP files.  PCAP files is the highest form of evidence of a network event for aiding in root cause analysis.

The SYNESIS Portable network recorder may be shipped to a remote site for extended lossless packet capture sessions from a SPAN port or the output from network packet broker.  The remotely accessible SYNESIS Portable platform supports interfaces ranging from 1G,10G, to 100G.  PCAP files will be guaranteed to be complete for effective troubleshooting since SYNESIS Portable can even capture at sustained rates of 100Gbps with zero packet loss.

Capture real network traffic data and playback in the lab

Collecting traffic conditions at a customer site and replicating those same conditions in the lab shortens engineering time to repair.

For NEMs it is often more feasible to replicate customer issues back in their engineering test labs instead of at the customer site.  In the lab, personnel and equipment are on hand for troubleshooting and testing code fixes.  Unfortunately, today’s test systems limit the amount of data that can be regenerated or are based on synthetic data so may not produce the proper conditions that will cause failure in the lab.

SYNESIS Portable may be deployed onsite to capture key traffic conditions for extended periods including microburst conditions with zero packet loss.  By gathering traffic data at not just the time of failure but also the period leading to it, engineering teams have a higher probability of obtaining the conditions causing equipment failure.  The NEM can then relocate the SYNESIS Portable and collected data in their test lab which has been configured to reflect the customer scenario.  SYNESIS Portable Packet Replayer is then used to generate the same traffic conditions, even microbursts, but in controlled test environment, even at speeds up to 10Gbps.  The generated traffic data may also be modified by IP,MAC,VLAN,…etc. 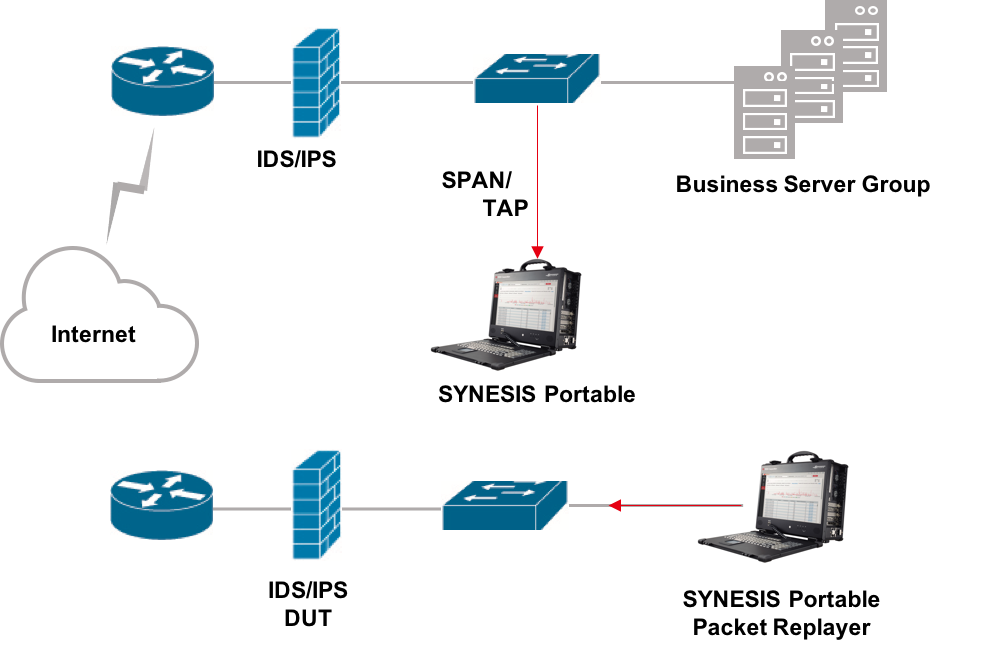 The packets will be continuously captured and accumulated without omissions. Not missing any packet in a device is the most crucial aspect in troubleshooting.

SYNESIS is a capture appliance compatible with 10M/100M/1G/10G/100G networks that can capture traffic at wire speed without data loss. SYNESIS users can perform packet analysis without having to stop capture.
A backup function allows saving to PCAP files automatically while capturing. The storage destination can either be a local or remote file system. 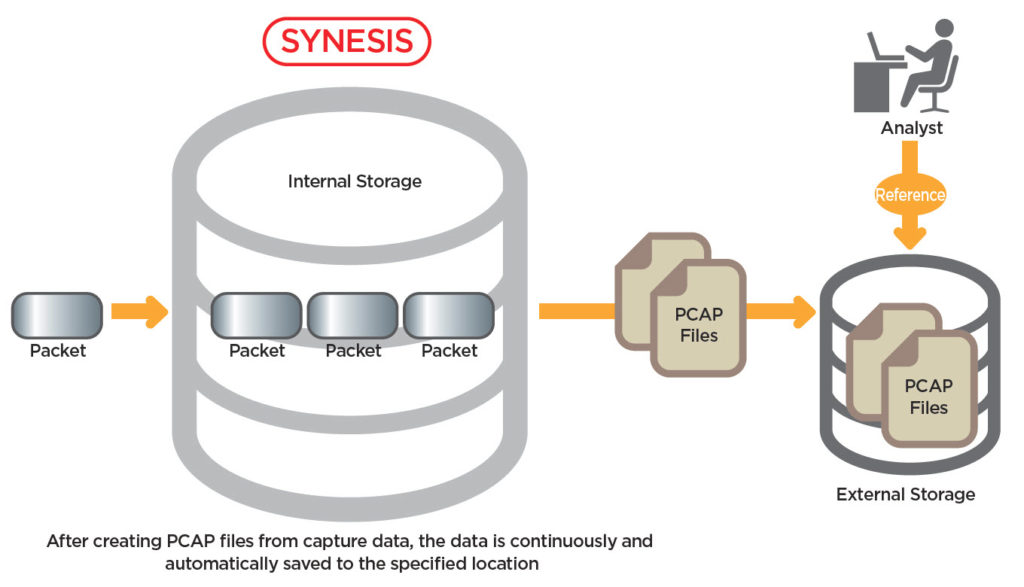 The filter slicing function of SYNESIS can limit capture to only store required data or layers (model dependent) insuring sensitive information is never compromised.  Since the slicing process is conducted on a specialized capture card, critical data is never lost regardless of the traffic load.

Slice:
Captures only the data after a specified number of bytes relative to the start of the frame header

When storage is full, the oldest data will be overwritten by newer data. Critical data may be protected from being overwritten by the “lock” function.

Before Capture:
Lock specified by time and SNMP trap

After Capture:
Lock specified by time 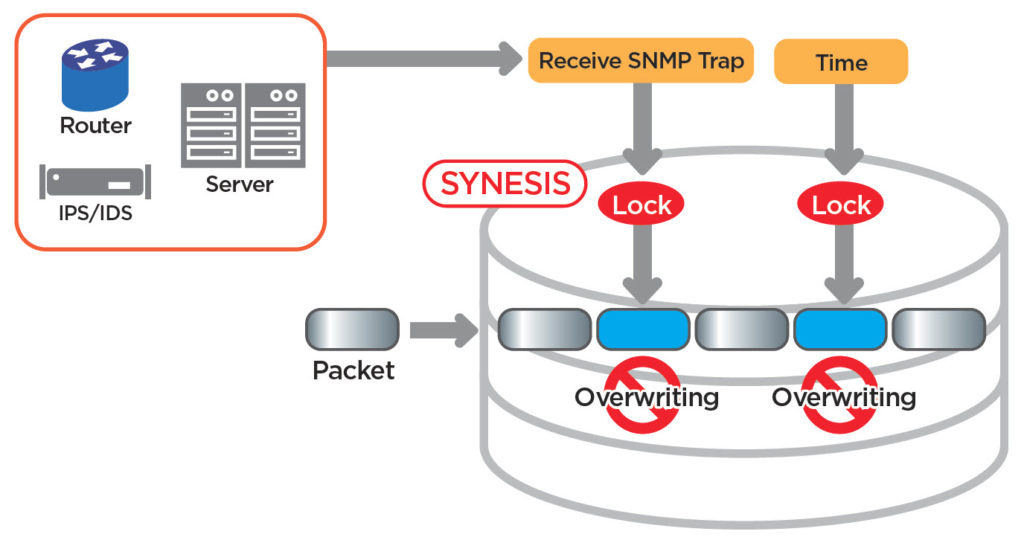 SYNESIS manages the capture as a single record from the start to the termination of capture. Users can perform management operations such as locking important records while deleting those that have already been analyzed. Operations such as locking, deleting, saving trace files, and exporting statistics, can be performed rapidly via the record list.

Being able to swiftly retrieve the target packet or communications from a large volume of accumulated data is a crucial matter.
With SYNESIS, packets are visualized from various angles, allowing the users to perform analysis with different approaches to suit their objectives.

Corresponding traffic statistics are created and saved in one-second granularity while data is captured.  With a single glance, users can determine usage differences by time and port source.  Furthermore, users can create customizable dashboards that display Layer 2 and Top N statistics.

Packets can be decoded in real-time during capture. Since this function allows you to get an overview of the network status while capturing, it is a function that will prove indispensable, whether on the field or in a lab.

SYNESIS detects microbursts that cannot be detected with conventional network supervisors and packet analyzers. Microbursts refer to a phenomenon that that triggers the convergence of network devices and can be a significant cause of packet loss. With SYNESIS, users can set the threshold value at an interval of a minimum of 100μsec, making it easy to identify and analyze packets and to see when and where microbursts occurred.

SYNESIS can issue alerts by detecting any abnormalities in traffic. In order to display the alerts, users must set corresponding threshold values for each item.

The AANPM alert can have its threshold values set to three different levels (Critical/Important/Normal). Furthermore, only sessions that become an issue can be saved as a trace file. 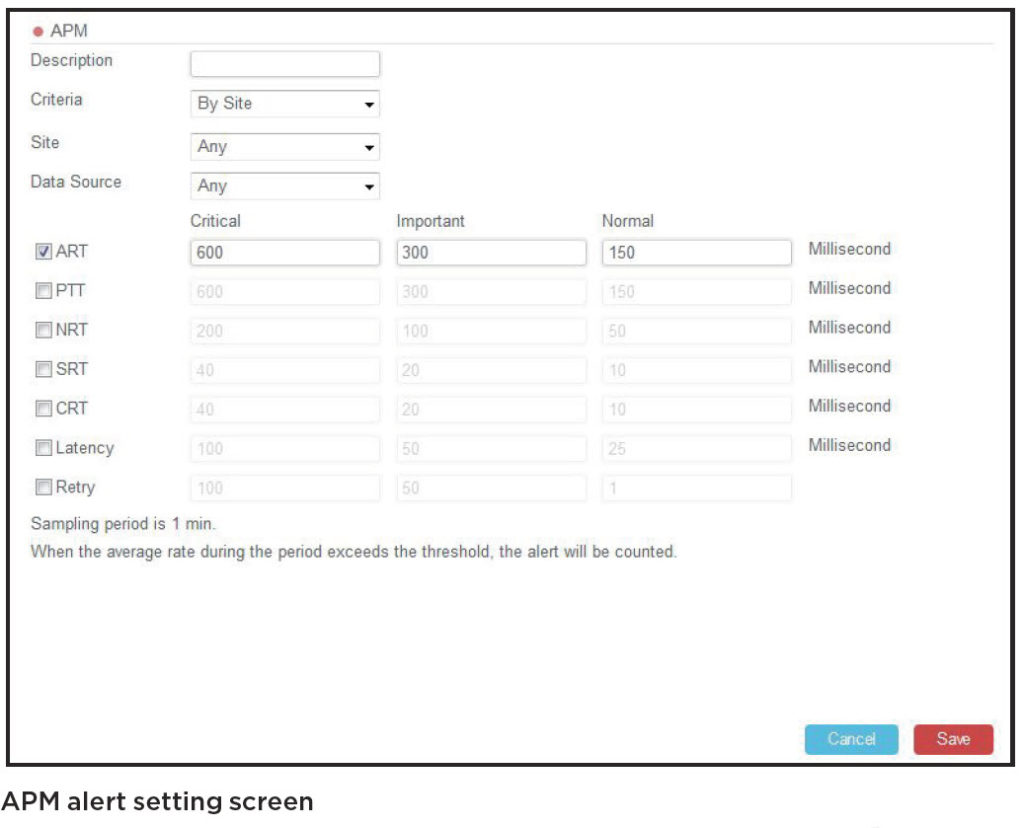 By using the capture indexing function, the KPI (Key Performance Indicator) network status can be ascertained at a trend level basis. 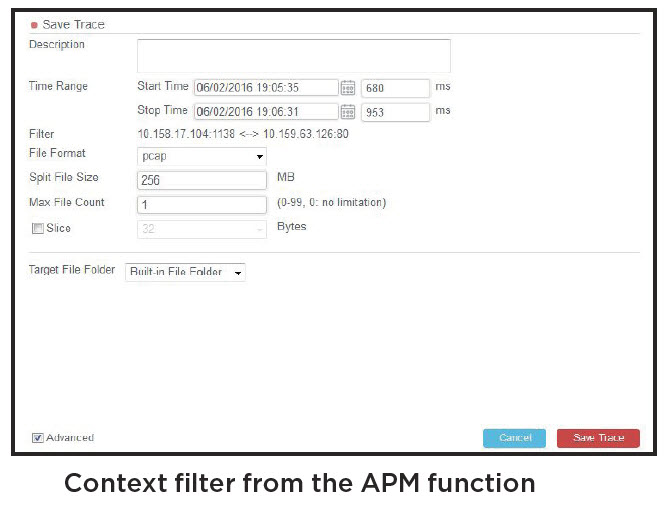 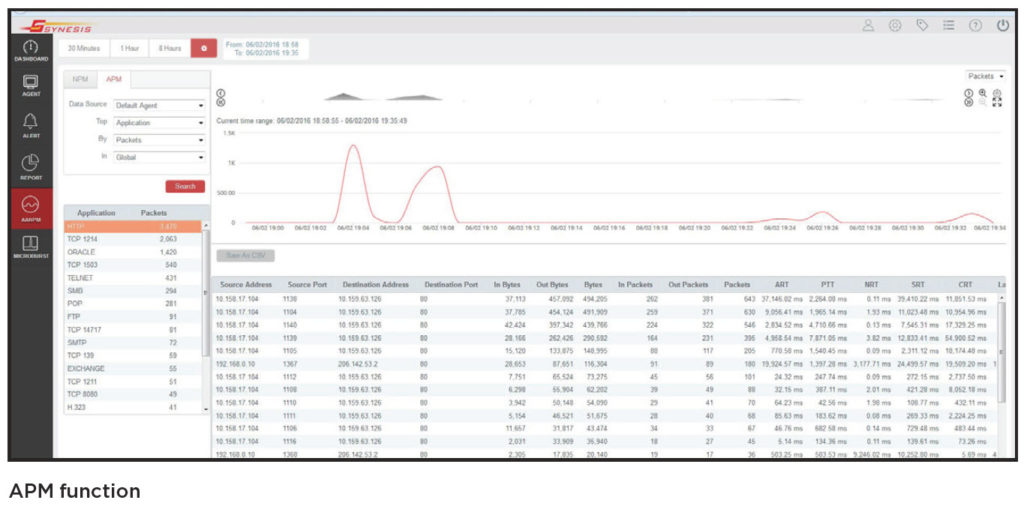 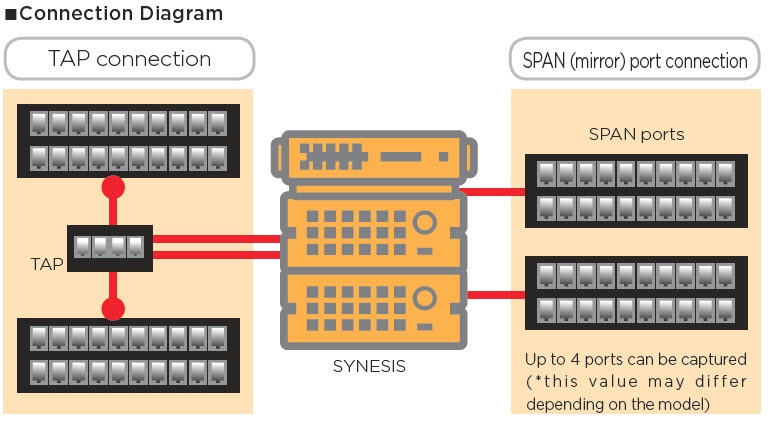 Packets can be sent at the same link speed during the capturing of the pcap file (1GbE supported). Users can set the number of replays using the options.
Furthermore, the following items can be replaced from the packet header within the PCAP file. 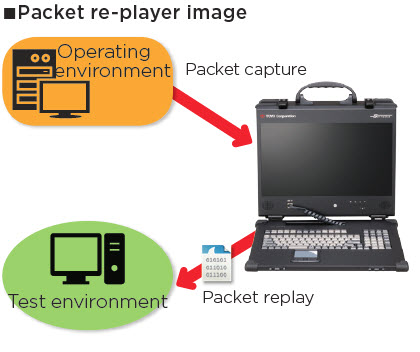 SYNESIS Portable have various product lineups for 1GbE, 10GbE and 100GbE depending on the application.